Planer is not a machine that will be needed by all people because it is only benefit and useful for professional alike because nothing will be able to beat a planner to get that smooth boards and mill them to an exact thickness. Two popular benchtop planers on the market that often compared with each other are Dewalt DW734 vs DW735. These two are very similar yet have a wide price gap and if you want to know which unit suit you the most, go check our article below.

About Benchtop Planer
Benchtop planer is the term used to refer the portable version of planer and it is indeed very important for people who are working with woods or woodworker. It is almost impossible to get the similar result like the wood’s thickness without a thickness or benchtop planers. This machine is great to turn rough, rugged and old or worn out lumber to a new and smooth ones ready for its next job. Overall, the main function of these type of machine is to reduce the thickness of wood and make both of its side smooth.

Being portable also limit the capabilities of benchtop planers because if compared to the industrial machines that can deal with a piece of wood as wide as 20 inches, its portable brother can’t go exceeding 13 inches. However, its compact size is very suitable for those who work in their garage or those with not so wide workshop a well as hobbyist and DIYers. We all know how important it is to select a dependable machines since the consequences will affect your works in making them either faster or slower.

About Dewalt DW734 and DW735
There are so many benchtop planers out there but not all of them are dependable. They may come from different brands, size, power as well as price, so you have to consider everything properly to avoid problem in later days. Two of the most popular products in the market now is Dewalt DW734 vs DW735. Just like the name, these two are closely related since the next is released as an upgrade to the older model. However, since they are so similar, many people are wondering what the exact upgrades here are. 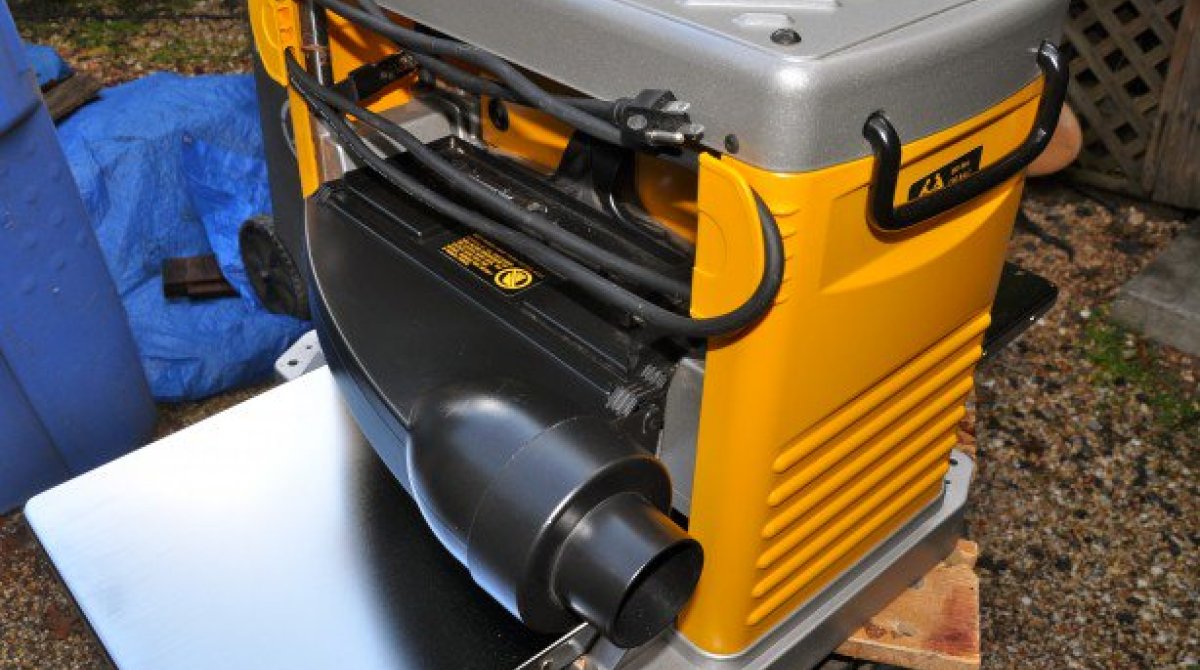 Dewalt DW734 and DW735 Design
From the outside, these two are already look very different from each other with the overall design because the newer model looks tougher and when you inspect the unit in real store, you will can feel it is heavier and robust than its older model. In DW734, there is a housing that can be used to adjust the machine height when you are operating the unit but in the newer model, the housing is removed and replace with 4 adjustment on its each corners.

To lower and elevating the machine, however, the method is still the same, so if you ever use the older machine, you won’t find any difficulties here. What’s new here is the fact that DW735 is coming with a two speed option that you can access using its control on the machine’s face. Just like any other Dewalt’s products, these two are also coming in combination of mainly yellow and black/silver durable plastic material easing people to instantly notice their products.

Dewalt DW734 and DW735 Features
Both of Dewalt DW734 and DW735 are sporting the same motor which makes the unit equally have the same power. The company decide to use 20.000 RPMs/15 Amp of power, so you don’t have to worry about whether these machines is strong enough to handle the job you are going to throw at them or not. The cutterhead itself is as fast as 10.000 RPMs which makes these machines clearly designed to offer quick operation.

As it has been mentioned earlier, what makes these two a separate item beside the outer appearance is the speed options offered by the newer DW735. Unlike many others, with this speed options, the company expect you to use them to have a better control in whatever you are doing because one is for quick thickness planning while the other is for detailed finishing. The first slow speed is used for to slow the automatic feed and let the blade cut the wood 179 times per inch to give you that nice and smooth finish. 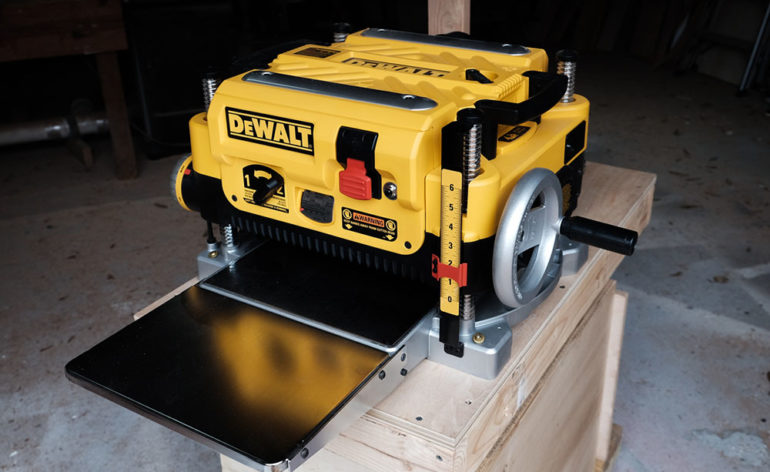 The smooth finish used with the first speed is very useful since now you don’t have to spend much time sanding them anymore. The second speed will increase the feed speed and lowering the cuts per inch by only 96 to give you a quick result even though it won’t be as smooth as the slower speed. What you may want to remember is always change the speed when the machine is on to make sure it effectively change gears.

Another important part to consider when you are looking for a benchtop planer is the dust management. The older DW734 is already comes with a dust hood that you can attach to the machine and it will dispense the dust far from the machine as well as can be connected to a dust collector that make it even less messy. What’s improved on this side is because DW735 add a built-in blower in this new machine and when used it is able to powerfully shoot the wood shaving quite far.

The benefit from the new addition is now you don’t have to deal with clogged wood shaving flow anymore in case you are not running a dust collector. In ease of use, both of these machines are similarly friendly and operated with a similar instruction. However, there is still another part that set the machine apart from each other which is the width capacity because DW734 is 12 ½ inches while the other is 13 inches.

Comparison
Now, let’s compare Dewalt DW734 with DW735. As it has been mentioned earlier, what separate them from each other is the fact that DW735 is coming with two speed, better dust disposal and has wider width capacity.

Conclusion
All in all, the decision is all yours to make. In our opinion, it is good to follow your own preference but if you want the better between these two, we will recommend you to pick Dewalt DW735 because it has better features than the older model.